Center for Threat Management research is unique and exceptional as a result of the collaborative partnerships it maintains with federal, state, and local government, private sector, and academic organizations. As a non-profit corporation with a legacy originating in the federal government, CTM has a unique capability to bridge the gap between the public and private sectors to facilitate collaboration and innovation to meet threat management priorities. Through these partnerships, the resources, capabilities, and strategies of the “whole of society” can be examined comprehensively, free from political and commercial pressures, in order to identify the most effective solutions to a diverse and complex threat environment.

CTM’s lineage originates in solving the technical challenges associated with asymmetric threats to the military. As the similarities between threats faced overseas and domestically increased, engagement with federal agencies tasked with addressing these threats at home became critical. CTM continues those partnerships today, assisting federal agencies with identification, evaluation, and implementation of effective strategies to gaps in homeland security and defense capabilities.

With reductions in budget and increases in demand for services, state and local governments are increasingly burdened with responsibilities to ensure their own security and that of their constituents. Although federal government agencies are designated leads for many threat scenarios, capabilities at the local level are essential to mitigating threat effects and often represent the difference between an emergency and a catastrophe. Today, CTM continues an established legacy of assisting state and local agencies with identification, evaluation, and implementation of solutions to local threat management priorities.


Our state and local partners

As threats to commerce, critical infrastructure, and national security expand in scope and complexity, a regional strategy that leverages collaboration between the public and private sectors is an imperative. The private sector is an increasingly important partner in developmental and transitional technologies as well as logistics and operational surge capacity to support government threat management capabilities. CTM maintains a vast network of private sector partnerships to provide critical support its research activities.

As an operational research organization, CTM holds at a premium its contribution to the greater body of knowledge. This knowledge is often a significant contributor to the efforts of academia, both in education programs and the applied research that supports leading edge technologies. In order to maximize the dissemination and utility of the knowledge provided through its research, CTM maintains partnerships with a number of leading academic institutions. 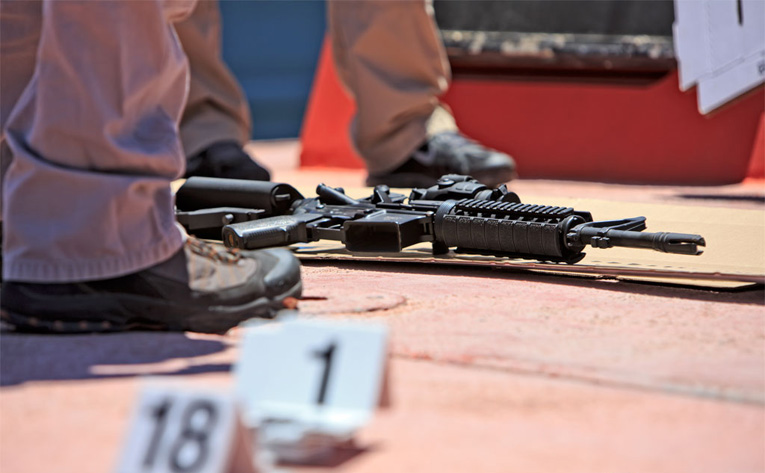 Personnel from the FBI’s Evidence Response Team investigate a simulated terrorist threat aboard a vessel in the Port of Hueneme during the Coastal Trident 2013 Regional Port and Maritime Security Program.

CTM operates from its headquarters in Ventura County, California, and maintains a satellite office in San Diego.

If you would like to contact us regarding research opportunities, current and upcoming programs, or general information, we welcome your inquiries.